Energy-saving smart system in the residence of Georgian President

In 2012, Georgian President’s team decided to install an energy-efficient system to reduce the consumption of electricity.

Every year the world is getting more and more environmental-friendly. Georgia was no exception – president’s team decided to be an example for the citizens of Georgia and install an energy-efficient system to reduce the consumption of electricity in the president’s residence. His team decided to trust this case for Eldes and their flexible products – central panel ESIM264 and EWD1 sensors.

The Georgian installers adapted the security system and sensors for their needs – they configured the security system to save the electric energy consumption. For e.g. if the windows are open the EWD1 sensor sends the command for ESIM264 panel to turn off the heating. Eldes proved that their products can be customized to meet the highest quality standards. 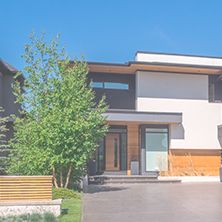 Back in 2012, Georgian President’s team came up with an idea to be more environmental-friendly – they decided to install an energy-efficient system in the president’s residence to reduce electric energy consumption.